We are so proud of James Potts and one of his most recent sales. He listed the historic Hogan House last spring after pursuing an expired listing. Within a few months, he received an inquiry from a buyer that eventually lead to an accepted offer. He handled both sides of the transaction with grace and professionalism. Check out the article below from the Troup County News article published on January 30, 2015. 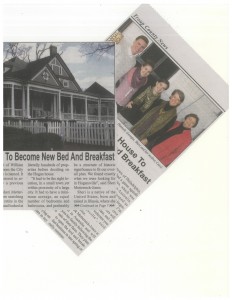 An Australian couple has purchased the historic Argente’ Estate property on Main Street in Hogansville, and plan to utilize it for their private residence as well as a bed and breakfast. The house, built in 1895, was the home of William Hogan, for whom the City of Hogansville is named. It was totally restored in recent years by a previous owner.

Mark and Sheri Metternick-Jones were searching for a place to retire in the United States, and looked at literally hundreds of properties before deciding on the Hogan house.

“It had to be the right location, in a small town yet within proximity of a large city. It had to have a minimum acreage, an equal number of bedrooms and bathrooms, and preferably be a structure of historic significance to fit our overall plan. We found exactly what we were looking for in Hogansville”, said Sheri Metternick-Jones.

Sheri is a native of the United States, born and raised in Illinois, where she earned a degree in Animal Science. Her subsequent career took her to Australia, where she met and eventually married her husband, Mark. There, they raised a family on a farm outside of Perth along the country’s western coast.

The couple’s three children are moving with their parents to Hogansville. Hannah and Georgia, 21-year-old twin girls, both have theatrical degrees in Costume and Set Design. They plan to seek employment with Georgia’s flourishing film industry. Their brother, 19-year-old Silas, will be entering college this fall, but has not yet decided where to attend.

A group of City officials, downtown merchants, and James Potts from Coldwell Banker Spinks-Brown-Durand Realtors, who sold the property, gathered at Victoria Belle Mansion in Hogansville Tuesday afternoon to officially welcome the new family. During his greeting, Mayor Bill Stankiewicz recalled the first time he encountered citizens from the land down under.

“In 1973, I was playing on the U. S. rugby team in my hometown of Philadelphia, and we had a game against the Wallabies, which was the team from Australia. They really whooped us good, and I’ve never forgotten it. Nevertheless, I’m confident my experience with our new neighbors will be far more pleasant, and it is my honor to welcome you to Hogansville”, said Stankiewicz.

Mark Metternick-Jones is still in Australia and will join his family following the sale of their farm. They plan to open the bed and breakfast business in late spring or early summer.

More pictures from the event submitted by James– 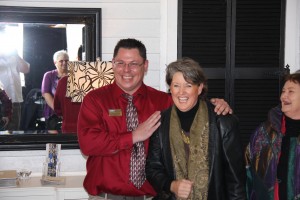 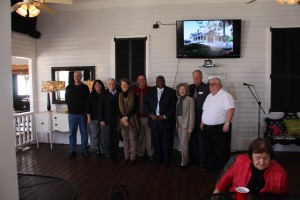 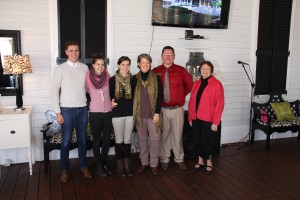 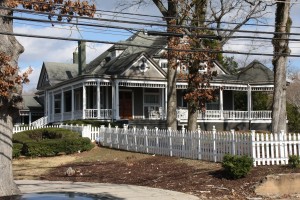