It is with tremendous sadness that we announce the passing of our beloved company president Roy. He has worked tirelessly over the years to build the company we know as Coldwell Banker Spinks Brown Durand Realtors. While he is gone from us, his legacy will go on. Our agents and staff will carry on in the same professional manner as to only bring honor to his name and memory. Please join us as we celebrate the life and legacy of Roy Spinks. 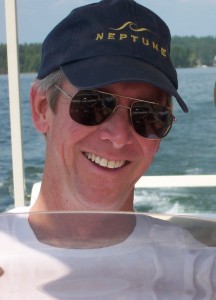 Roy was born March 22, 1951 in LaGrange the son of Calvin T. Spinks, III and Charlene Muse Spinks. He attended public schools in LaGrange and graduated from LaGrange High School. He received a Bachelor of Science degree from the University of Georgia in 1973.

Upon graduation, Roy entered the real estate profession. Since 1987, he has served as President of Spinks, Brown & Durand, Inc., a multi-office real estate brokerage firm serving the LaGrange, GA, West Point, GA and Valley, AL markets. Roy was a member of the National Association of Realtors and held the Certified Commercial Investment Member (CCIM) designation from the National Association of Realtors and the GRI designation from the Georgia Association of Realtors. He was a life member of the Troup County Board of Realtors Professional Achievement Awards Program and was awarded the Gold Phoenix Award in 2007. He had also received the Circle of Distinction Award given by Coldwell Banker Commercial. He was a charter member of the Board of Directors of Community Bank & Trust – Troup, a wholly owned subsidiary of Community Bankshares, Inc.

Roy’s hobbies included boating and flying. He was a licensed pilot and held a commercial license with instrument and multi-engine ratings.

A service celebrating the life of Roy Spinks will be held 11:00 A.M. Saturday, September 20, 2014, at the First Baptist Church on the Square following a private burial. A visitation will follow the memorial service in the church. In lieu of flowers, those so desiring may contribute to Twin Cedars, the First Presbyterian Church of LaGrange, West Georgia Hospice or a favorite charity in memory of Roy Spinks.

Those wishing to share a condolence or remembrance with the family may do so by visiting www.shlagrange.com.